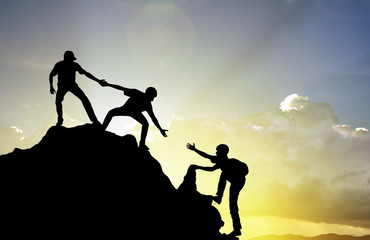 This one gonna need a deep breath before writing so… here it goes.

I’ve been meaning to write this ever since we finished 1.0 back in mid August, but exactly for the same reason I’m writing this now, I couldn’t back then, because as much as I wanted to make a “we made it” post in August, there is always something else to work on that is more important and I wanted to write this with time and patience, things I didn’t have until now.

After 1.0 we had to work on the improvement patch, one we could consider good enough to be presented as the final version and could be sent to our publisher, Kagura Games to be released on Steam. We wanted a patch that we could give to our followers and say “this is our best”. It’s still a little short of it to be honest, but we expect to make the few final changes we think the game needs along the free DLC’s, but we are happy with the “final” product.

Immediately after finishing that, there was the Halloween patch which we had only two weeks to work on if we were to make it by Halloween, instead it took us three weeks because again, we had something that could be released on Tuesday but we weren’t happy with it, since we were already 4 days late because of Covid issues, we said “fuck it, let’s improve it”. Now I’m glad we took some extra time because we’re extremely happy with how it turned out and it’s something we are glad to give our followers to play.

It’s hard to believe that with drawn art, we did in three weeks what takes almost any other creator out there 4 to 6 months (when not more) to release because that’s what we do, that’s what we did for over 5 years, every single patch we go beyond, we deliver vastly more than anyone out there does, with far bigger teams and far bigger budgets.

This comes at a cost. When I finished the Halloween patch, I was devastated, developing is not easy, it’s something that only when you do it yourself you realize how taxing it can be if you’re not just putting up a quick game for profit, and unless you’ve been developing for at least a few years, you won’t understand how it becomes increasingly more difficult, on top of that, I’m not getting any younger, I’m pushing 36 years old now, none of us is getting any younger.

5 and a half years ago before Daz3D games were even a thing, I pitched my idea for Alansya Chronicles to a lot of people, almost everyone in every forum I pitched it to said we were crazy, that it was too overly ambitious, it couldn’t be done, and my friends at hrpgheaven said the same thing “good luck, you’re gonna need it”.

As a player, honestly, I can’t blame anyone for thinking that. Almost every good project that was pitched and taken to Patreon died eventually. There are very few games on Patreon that were actually finished and in the rare few cases where games are finished, the developers think they have nothing else to prove, that the fans and the income are guaranteed so they start releasing patches every 6+ months in future games.

Sometimes the game doesn’t even look like the same game that was pitched because it doesn’t have most of the initial team or they’re working with a bunch of artists that can’t create a consistent art style among them. When teams break up, there’s always someone who runs away with the art / code / money and for some reason the head developer only admits this to the community months after it happens (usually when the support starts dropping), I mean, we all know about these cases so I can’t blame the community for being skeptical since before I am a developer, I am a fan and a gamer as well, I’ve been burned too, guys, many many times.

But we did it. WE did it. And I proudly say “we” because it’s not just this team, this team of Heaven Studios who I love, each and every member, a team that I wouldn’t trade for any other team on any other company regardless of the salary, but not just WE here in the frontlines, no, Heaven Studios is not just the guys developing the game, WE also means this community.

Everyone in our Discord, everyone in our Patreon, everyone in our Subscribestar or Twitter, now and in the past, you guys are the real reason why we were able to come this far. This game isn’t profitable, at all, in fact it’s quite the opposite. It’s tiresome to keep up this schedule and this work ethic when we’re counting pennies over here to survive because we do this for the passion of creating and receiving feedback from our fans, because of the positivity you guys bring to our lives.

In just two years, I lost my mother to a neurodegenerative disease, after battling for 3 years while she was losing mobility, ability to speak and finally, even the ability to remember faces. My mother who I still love more than anything in the world died in a way I don’t wish to my worst enemy. Then I lost my favorite uncle who I spent a lot of my childhood with to cancer shortly thereafter, then I thought I was gonna die from personal health issues and luckily all results came back negative and I recovered from it almost 100%, then my cousin dies in a car crash and right after that my father died after being bedridden for over 10 years, with cancer, diabetes and a bunch of other shit.

If that shit wasn’t enough, when I’m trying to get a fresh start after all of this, after being on the brim of a depression, when I think I’ll be able to get all this shit behind my back, having to go through the same shit as all of you, a fucking pandemic. It feels like every time I’m done with a major problem, DJ Khaled shows up and says “another one!”

But you know what…? Every time something bad happened, I just threw myself into work, this project, our legacy. I say this with joyful tears in my eyes because, this game probably stopped me from quitting, everything, altogether. Because of you guys, every single fucking day, telling me how important this game was, how happy it made you guys and how for a few hours every patch it would allow you to escape from the real world, forget about all the problems and put a smile back on your faces. I honestly will never be able to thank you guys enough, that’s why I haven’t had a vacation for 5 years, no holidays, no Christmas, no new-years eve without working, because I knew, many of you guys were waiting for another version and how that little thing, could make your days so much better.

Not only that, I’ve had dozens of developers telling me that Fleeting Iris is the reason why they started making games and a dozen others telling me how influential it was to their own games. All this positivity is why we do what we do, and why when I say WE, I mean you guys.

I just took my first break in a looong time, I mostly slept. It was great and I needed it, I’ve been sleep deprived, anxious and stressed for way too long, I feel like my batteries are recharged and we’re ready to go to war again, and just like we’ve did this far, I am sure we will succeed with you guys on our side.

Much, much love.
~ Starke